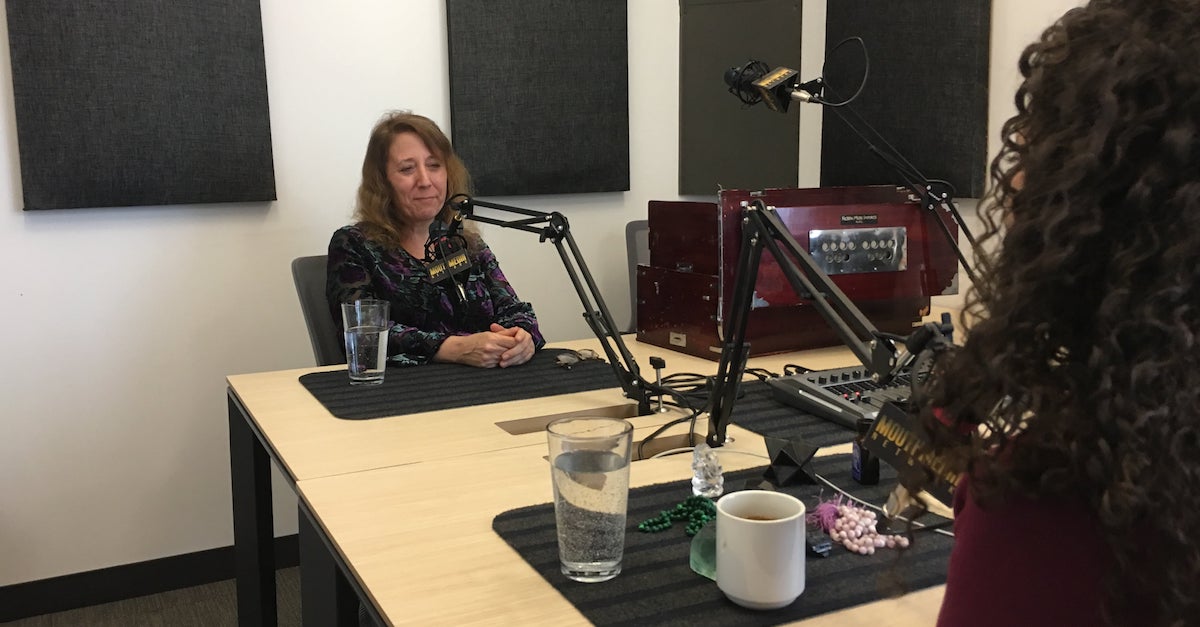 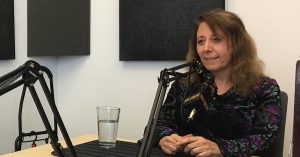 Music in the podcast studio with psychotherapist Debra Flics, and guest host Jessica Brodkin on the next episode of All Possibilities podcast .